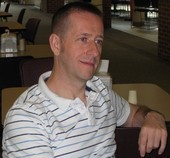 The Rev Christopher Damp was appointed Regional Secretary at the 2009 Conference.  He has been an active member of ICF for many years and is the Minister of the Bunyan Meeting in Bedford England (famous as the home of John Bunyan who wrote Pilgrim's Progress).  He is responsible for keeping in touch with ICF members and also administering membership applications within northwest Europe.

Members in this Region include...

The Union of Welsh Independents

We also have several local churches and personal members.  The list of churches will appear here shortly.

News from the Region December 2010

I want to begin by sharing news that as intimated in the minutes of the Mission & Society Committee I have just recently been elected by the Free Churches Group to serve them as their Moderator from 2011 to 2015. My term of office will begin next spring as I succeed Betty Matear of the Salvation Army in this role. The office of Moderator gives the member churches of the Free Churches Group a representative at national and public events. The office is held for four years on election by the Group Meeting. The Free Churches Moderator is one of the four Presidents of Churches Together in England, along with the Archbishop of Canterbury, the Cardinal Archbishop of Westminster and Bishop Nathan Hovhanissian, Primate of the Armenian Orthodox Church in the UK.

Whilst it is primarily one of representation and profile on national state occasions for the Free Churches of England it does mean that I will have by implication the privilege of carrying the voice of the Congregational way and that of the Federation on a much wider public and church scale. I count this as a real privilege and will seek to do all I can over this term of office to serve the 23 groupings of churches that make up the Free Churches Group whilst being an ambassador for CF.